In the context of exploring the possibility to add new collateral assets to Vesta, we face a dilemma of whether to expose VST to centralized stablecoins. We have seen tons of “wen GLP” on our social media. If you were attentive on our Discord server, we recently launched a few series of community polls. The second one was about the next collateral asset that the community would love to see on our platform. The result was clear: community wants GLP from GMX to be our next collateral.

On the first end, we value our community a lot. Everyone in web 3.0 knows the phrase: “A good project without a community will probably fail, while a bad project with a strong community will probably be a success”. We are convinced that the success of Vesta is conditioned by its Vestals community and implement what they want is crucial. This vote shows evidence that GLP would attract more TVL and grow our Vesta utilization. Vesta would be the first protocol to allow the collateralization of GLP, and being the first-mover is often a competitive advantage.

On the other hand, GLP is mainly composed of centralized stablecoin: USDC and USDT. Collateralizing GLP would implicitly means that VST is also backed by USDC and USDT. The issue is quite evident: VST would lose its current edge of decentralization. Indeed, VST is for now backed by decentralized assets, which are ETH, BTC, gOHM, GMX and DPX.

This leads Vesta to a dilemma: Should VST be exposed to centralized stablecoins?

Note that GLP is not the only asset impacted by this dilemma, other assets that we can list immediately include tricrypto, Yearn tricrypto, USDT, USDC, etc. Once we go multi-chain, we will also run into this issue again.

From our point of view, VST growth is the most important task of the protocol at this stage. Higher amount of VST minted would facilitate higher revenue accrual to the protocol as well as higher volume for the stablecoin itself. As a debt issuance protocol, the focus should be on issuing as much debt as possible while making sure that the system stays solvent to maximize revenue.

In addition, GLP is notably asked a lot by our community members. We believe that this particular asset could be a huge step forward for us. It would also strengthen our relationship with GMX and its community. Listing GLP as a type of collateral also paves the way for other aforementioned assets such as Yearn tricrypto.

We recognize that this is not a light decision, and that is why we open this discussion to the community. All constructive opinions are welcome and the discussion between Vestals is encouraged as long as the rules of good conduct are respected.

definitely in favor of adding GLP, GLP consists largely (stablecoin-wise) of USDC which is deemed the safest centralized stablecoin in crypto

the benefits of adding GLP for vesta are huge, it will likely add significantly to vesta’s TVL due to GLP its stable price action and its current capital-inefficient state

I’m not sure what is meant by “VST would lose its current edge of decentralization”. It’s not like the centralised entities behind USDT and USDC will begin calling the shots around here, just because we have significant USDC and USDT collateral backing.

Anyway, main risk of collateralising GLP, is if GLP price craters hard in a single day. This can happen if multiple major constituent of GLP craters hard and/or GMX leverage traders manages to win a massive profit that GMX fails to hedge, which is paid out from GLP.

A quick glance at price history shows that for the period 31 Aug 2021 to 18 July 2022, the largest drop in a single day was 11%. This period includes the massive runup to the November ATH. It also includes the subsequent crash from the ATH, and the subsequent madness that resulted from TerraLUNA and 3AC insolvency. It should be sufficient to test for most market conditions.

On the day (7th Sep 2021) where GLP price dropped 11%, traders actually lost money ($59k) to GLP. At the time, GLP was 40% stablecoins, and 60% volatile assets, and BTC/ETH both dropped 11% for the day. The GLP price drop is presumably from the volatile assets in GLP losing value. It’s notable that this runs counter to GMX documentation, which suggests that the money short traders lose, would cover GLP’s losses on decreasing asset prices. Perhaps GLP is not 100% efficient at hedging volatility. If they were, price of GLP would have remained constant, but it did not.

The largest amount GLP has ever lost to traders in a single day was $2.4m on 22nd March 2022. GLP had $205m in assets at the time, so this was approximately a 1% portfolio loss. GLP price did not move, as the volatile assets in the pool appreciated in value that day. This is in line with GMX documentation, which states that the profits earned from rising asset prices in the GLP, is used to pay the profitable long traders.

Suffice to say, GLP demonstrates sufficient resilience in the face of volatility. It appears to be less volatile then even ETH/BTC.

The next problem is price oracles. To be effective as a collateral, Vesta needs reliable price feeds for GLP, but GLP is not traded anywhere. Instead, it is minted and redeemed directly from GMX. If Vesta can obtain reliable, no delay price feeds despite this, then this isn’t a problem.

Also in favour of adding GLP as it will aid in the growth of Vesta tremendously with the added benefits of higher revenue accrual to the protocol as well as higher volume for the stable coin itself.

USDC severely outweights USDT in the GLP index (33% vs 2% max weight) which is generally deemed more ‘safer’ out of the two stable coins, if a black swan were to occur and USDC fails then there will be bigger problems in crypto as a whole than just the protocol itself.

Arcrenicel gives a good overview of previous price history along with GLP portfolio rebalancing vs traders on its platform with a max 1% drawdown so far. In terms of price oracles, I think it should be relatively easy to integrate; 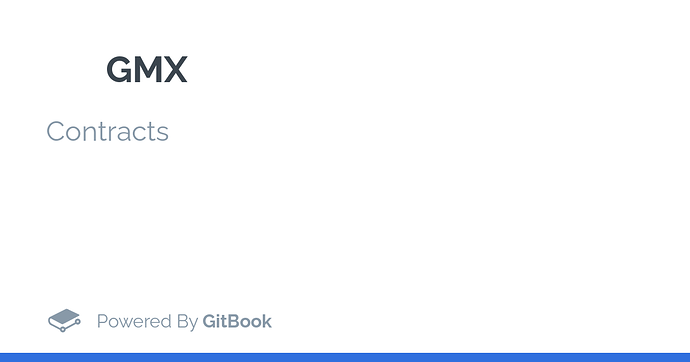 As these comprise of a pool of tokens which each has its own Chainlink price feed and aggregate TWAP from leading DEXs.

As a matter of decentralization, I don’t believe adding GLP in particular is that much of an additional step considering Vesta already has GMX and gOHM. OHM has significant amounts of exposure to USDC through its treasury (mostly DAI through Maker’s PSM, some FRAX, some actual USDC). GMX value would also crater if something went wrong with USDC because it’s so important to the LP basket.

Practically speaking, I don’t think it’s possible for a DeFi protocol to be truly insulated against a USDC-based black swan event unless that protocol makes significant capital efficiency tradeoffs to remain “pure” like LUSD or RAI. Vesta didn’t set out to make a simple copy of LUSD, so I believe it would be a mistake to attempt to mimic every decision made by Liquity.

One benefit of onboarding GLP as opposed to a more direct stablecoin onboarding is that it outsources some of the risk management to GMX. If USDC begins to appear risky, GMX can rebalance or re-allocate the LPs to account for that risk without Vesta needing to act.

The bottom line is that adding GLP is a relatively negligible concession for Vesta in terms of decentralization while being an enormous opportunity for growth. I’m in favor of adding it.

I agree with adding GLP. We shouldn’t be dogmatic about collateral decentralization when the upside is so huge. For example, Frax and Dai are largely backed by USDC and the their stablecoins operate fine. I do suggest adding a decentralization ratio like Frax on our stats page.

For the price oracle, I believe GLP price is determined by GLP AUM / GLP Tokens. We can use the that same function as our price oracle. But please speak with the GMX team.